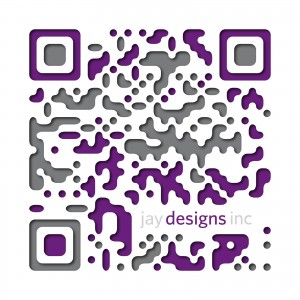 Knoxville, TN – In October, 2014, Janet Edkins and her company Jay Designs Inc. will have been developing websites for small businesses for 12 years. An updated website has been launched to showcase the company’s mission essential services – website concierge and custom web design. In addition to just building and managing websites for small business owners, through the website concierge service, Jay Designs Inc. enables clients to understand what they don’t know, with in-depth questions, expertise and solid advice. “Our goal is to give you an independent web presence, to give you control over that part of your business,” says Edkins.

Edkins has come a long way from being an Office Manager in Sheffield, England in 1998 when she followed her husband and his career to Texas. In Dallas, she began her American education, finishing with a Web Certificate after moving to Chicago. Her fledgling business began with just a few Chicago clients in 2002, before Janet and her husband came to Knoxville in 2003. In 2011, they became U.S. citizens.

Although she started working on websites in the days of hand-coded HTML and CSS, Edkins now builds customized WordPress sites for small business owners. As she worked with more and more clients, the repeating theme was that customers didn’t know what they didn’t know or what they needed to know to even begin the web process. That is why she decided to develop the website concierge service.

During an initial consulting session as she works to determine what sort of website the client wants and needs, she says fear often erupts, “When they find out what they need to know, and it sounds to them like ‘tech’, they get scared to death that they won’t be able to understand.”

That’s where Edkins WYSIWYG style comes into play. She has a several methods she employs, depending on the needs and level of understanding of the client.

This can encompass the site, the content, and the training. This can mean starting with a basic blog and then building out the site, or the site first and then the blog, then social media, depending on the client needs and comfort level with their skills.

Clients continue to tell Edkins that the concierge service is needed and it works:

Janet is a wonderful asset in developing websites both in design and technical support, and always works with me to take raw ideas and transform them into artful functionality. Sally Reeves, Spiritual Gardener Soul Garden Pathway

Janet at Jay Designs took on the challenge of creating a website for our non-profit organization a few years ago and has done a great job. I gave her a basic idea and that’s all it took – thankfully. Beki Brooks, Hadley’s Mom

Thanks Janet; For your insight, strokes of genius, brilliance and cleverness! For your patience and sometimes for losing it along with me. For making our site a less tangled web than we would weave. Wonderful working on this together.SVHP

Why take on this teaching role? According to Edkins, “A lot of small business owners are so scared of technology that they are prepared to listen to whatever anyone tells them. I want people to be able to make a more informed decision.”

Edkins says there are many, many companies that can build a website very well but that’s all they do. She wants to do more for the small business owner who has limited time and resources.

How does that sound to you?

We speak English, not Geek!